Welcome to our Australian Ninja Warrior episode 3 recap!   We’ll be recapping each episode to make sure you get all the deets and stats to make your ninja-heart swell with enthusiasm.  We’ve been waiting a long time for this, and we’re very excited to share this moment with you all. 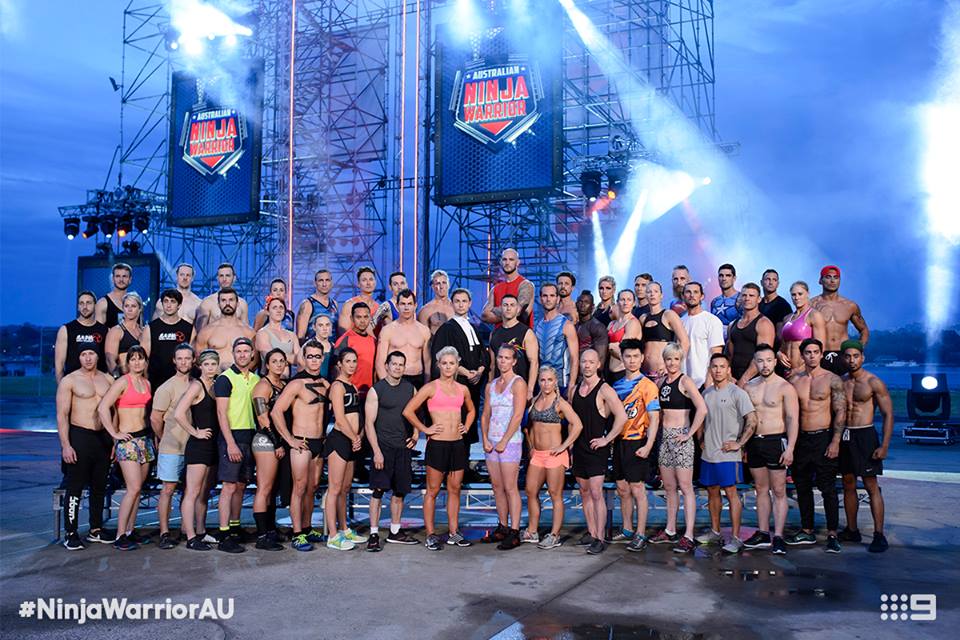 Followed by the Bom Slider 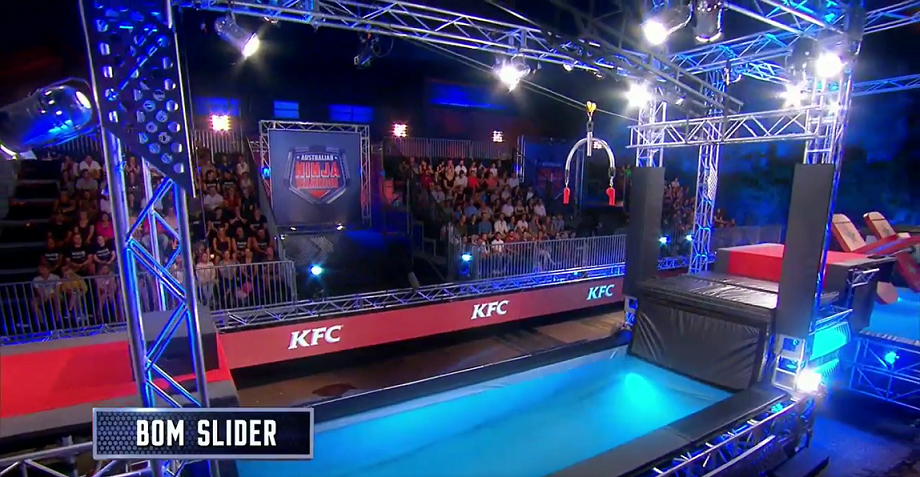 If you get up to here, you’re doing better than 60% of the competition… and so next is the Cargo to Lache. 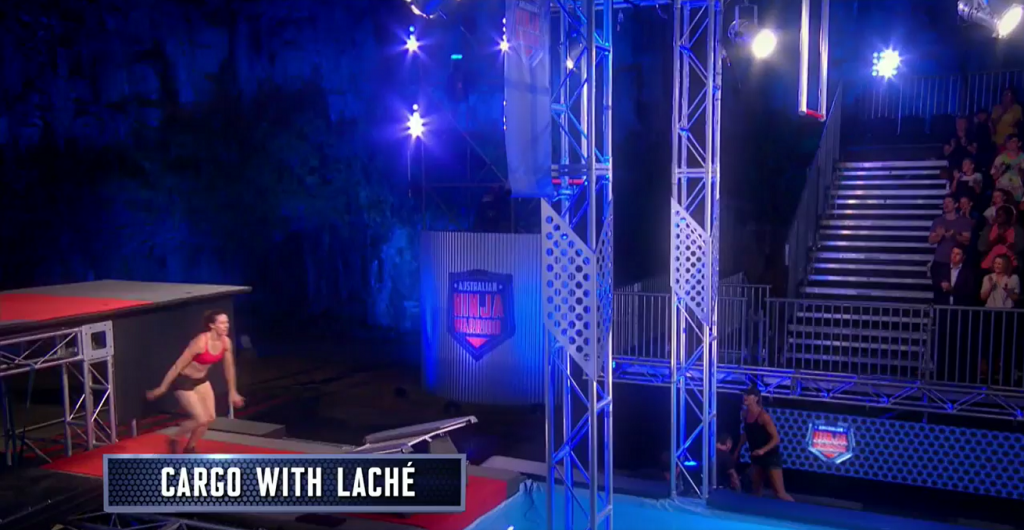 The fifth obstacle is nearly always a tough upper body obstacle.  Here is the Ball & Chain 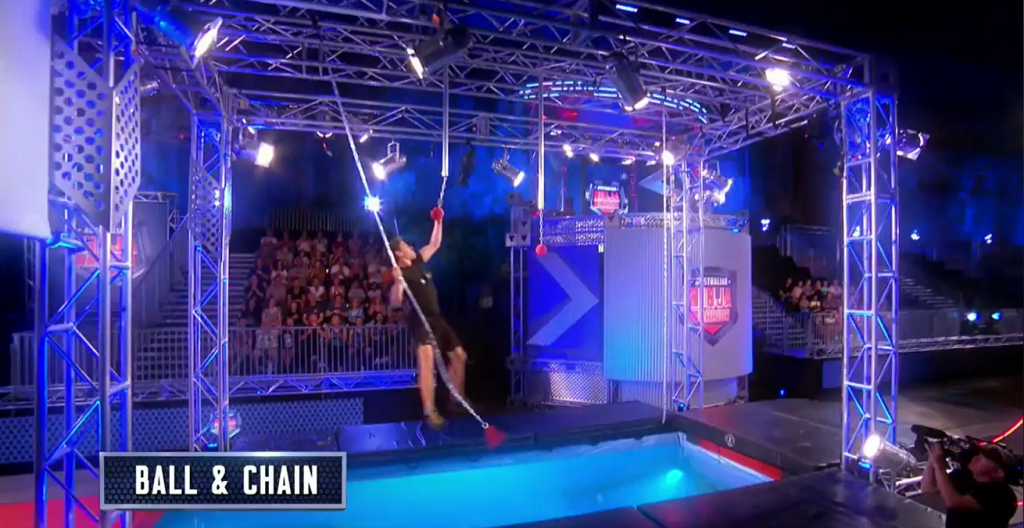 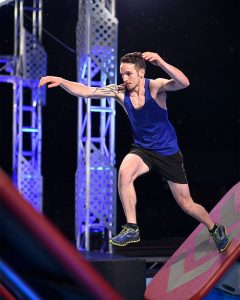 Jim Delderfield is a butcher by trade, was done by the BOM Slider. 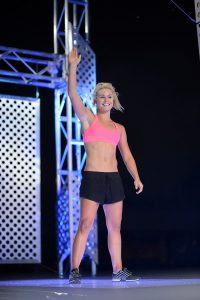 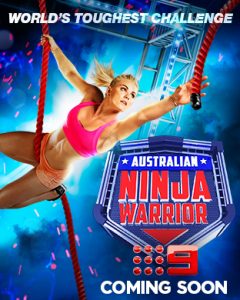 Katie Williams is a sprinter… super charismatic and you might recognize her from the promo photos. I was confident she could take the Warped Wall, but she was smashed by the BOM Slider 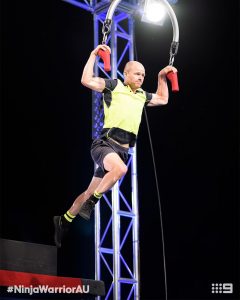 Sam Goodall the super tradie was crazy light and nimble. He was a joy to watch… but didn’t lache properly on the Lache to Cargo Net.

All 3 of Oscar Paik, Meghan Jarvis Peter Wand were also smashed by the BOM Slider 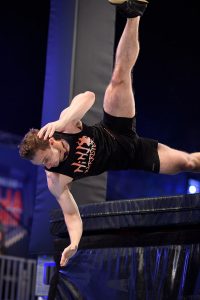 Steven Lowry the Ninja Barrister with the full sick t-shirt was awesome… but again he was smashed by the BOM Slider.  I honestly feel like most of these people would get this on their second shot. 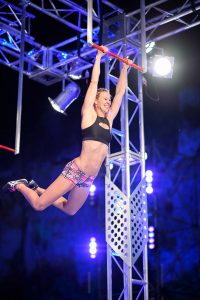 Maggie-Laurie Spark is super tall and a bit of a Volleyball star. She was in all the promos and was so likeable.  She did the BOM Slider so easily, it was beautiful to watch.  She did the first two laches… but just couldn’t keep her grip on the Cargo Net. 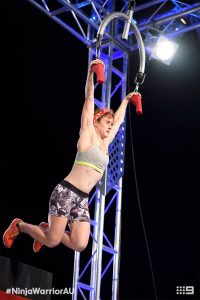 Fire fighter Anna Pidgeon. Her intro was super good, I got chills for all the little girls out there watching… but unfortunately, like so many others, was taken down by the BOM Slider. 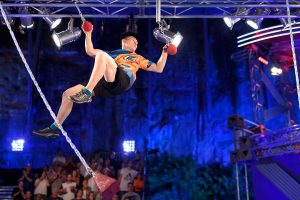 Stuntman Luke Ha.  He is so cool.  His showreel looked amazing. He just made it through the BOM Slider… slight slip on the Ball & Chains.. but he was fine.  It was textbook.

Drummer and all rockin’ superstar Karim Kamara was so quick… but touched the Bridge of Blades.  He is going to be awesome if he gets into Season 2.

Barefoot Ninja Daniel Mason is one of the chillest dudes I know.  He wasn’t keen to wear shoes, but it didn’t hold him back at all.  He flew through and smashed the buzzer in just under 2 minutes.  Check out his Instagram account, he’s got some serious skills.

David Zullo was one of the first audition videos I ever watched… but he was taken down by the BOM Slider.

Kyle Janks decked out in nothing but speedos also got smashed by jerk BOM Slider. 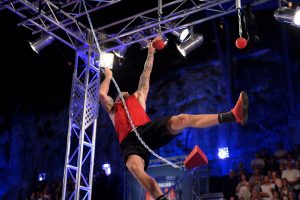 6′ 9″ Rory Rhodes had no real troubles with the course… until he got to the Balls & Chain… being so tall he had to grab it awkwardly and slide into the water. 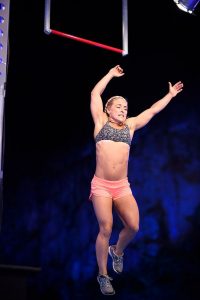 Disco Ninja Betsy Burnett, man she made me smile so much.  So fun. So much celebrationing. Her fingers grazed the Lache Bar to the Cargo Net. 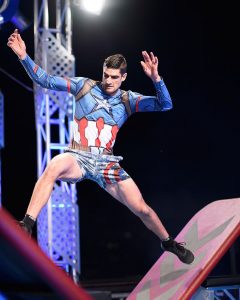 Army dude Cobi Head absolutely smashed it. He was fast and just generally hardcore.  Really great to watch and finished in 1:12. 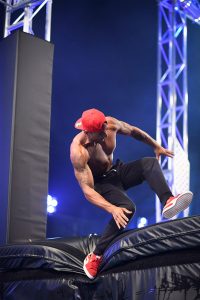 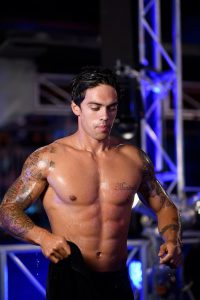 Miriam Gaulton, Mick Gleeson, Matt Walker all also got done by the BOM Slider.  Raoul Stone and Josh O’Sullivan the Modern Mogley got right to the top of the Warped Wall. Freakin’ legends! 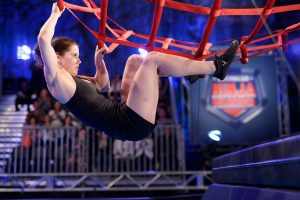 Georgia Bonora is a dual Olympian and has been smashing the local comps. She’s just super great.  She battled the Balls & Chains for freakin’ ages, but eventually fall off.  Her post-run interview was the best. 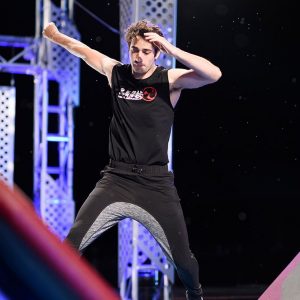 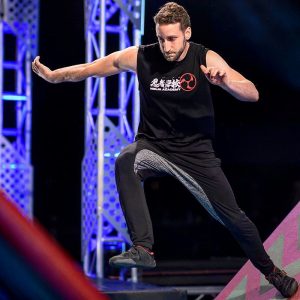 Mark and David Ravi are probably the most supportive dudes I know.  They were in the audience every night and were just amazing. So supportive. So great. The Ninja Academy is easily the best Ninja facility in the world.  I’ve been to heaps and stalked almost all the others, and there isn’t much that comes close. Mark ran first in the rain.  Unfortunately he smashed into the edge of the BOM Slider. It was pretty dramatic. Dave made my heart stop on almost every obstacle… he got through on pure guts. 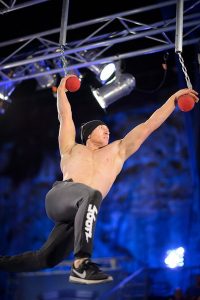 Ricko Tralongo is a super tank.  He looked like a ninja… he was awesome and smashed the course to get equal top time. 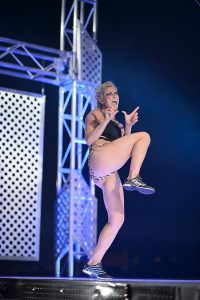 Sheena-Lauren Steinert – energetic and entertaining did really well.  She’s a bit of a beast! She took a massive stack on the BOM Slider and swore like a trooper.  Laughed so much, what a gun. 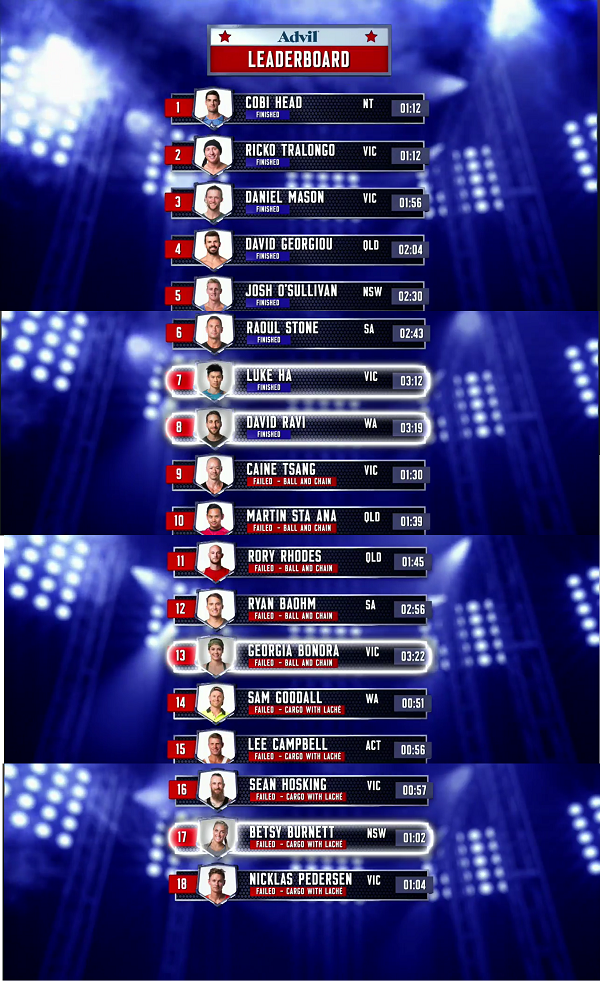