HIIT for Ninjas – A guide to prevent ‘gassing out’. 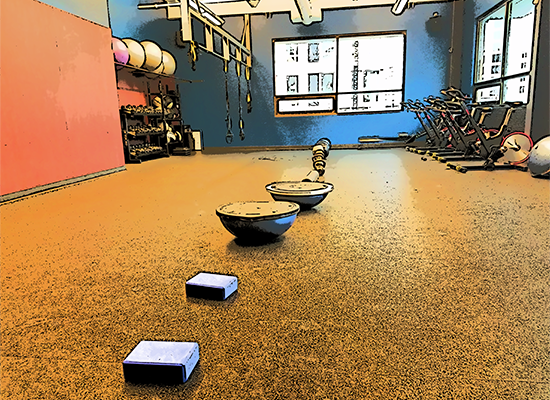 There are two really disappointing ways to go out on an obstacle;  one is to stupidly fall off, which is usually bad luck and it’s not worth beating yourself up over, but the far more frustrating way is to gas out.  It took me ages to figure out what dudes and chicks meant when the said they “gassed out on an obstacle” but it’s basically that they got so exhausted they didn’t have the strength to complete an obstacle they could normally do.

Super mean, but I totally thought it was just an excuse until I did my first ever obstacle course comp and it totally happened to me (seen right here), I had no idea just how much stringing together obstacles would absolutely wreak me as bad as they did.  The obstacle I went out on, I could totally smash that out like it was nothing normally, but by the time I got to it I was breathing hard and was just, kinda, done.

The other thing I noticed, is that when I’m breathless and nearly useless, my balance just packs up, gets in the car, tears outta there leaving me stranded like I’m a red-headed middle child.  Kidding, I’m kidding, I love gingers, they’re like…….. fine I guess.

So, I’ve been working on a routine that aims to increase my tank, develop ninja-strength, forces balance while breathless and generally kicks butt and makes me look like a weirdo at the gym.

The first 2 minutes can be anything that gets you breathing hard… tready, cross-trainer, bike, battle ropes.. whatever you’re using, hit it fast like a monster.  The following two minutes should be as fast as you can, I try and channel the dude from Creed.

Alright so the balance part can be anything, just as long as it’s dynamic… you want to be moving rather than balancing on the spot.  You can use bosu balls, foam rollers, kettle-bells (careful with these guys, it always feels like you’re millimetres away from a sprained ankle if they tip), those squishy medicine balls, anything that is going to make you have to balance as you move.  The image attached to this article is what I used this week.  The week before I had two upside down Bosu balls and a rope that I swung between.

Balancing straight after the cardio forces you to regain control of your breathing and gets you used to working while fatigued.  Same goes for the dead hang and plank.  Being so uncomfortable while still somewhat breathless is important… you’ll need it on the tough obstacles when your muscles are on fire and you’re exhausted… I struggle with the last two most of all, but it teaches me the mental aspect, that the pain will disappear as soon as I give up… but then so too does the glory.

I’ve been attacking this guy once a week, but I’m also doing parkour a couple of times a week for cardio + skills. When I travel and can’t get to parkour, I’ll HIIT up twice a week.

The numbers and timings don’t really matter, do more or less, just make sure that you’re challenged and uncomfortable, but not going to cause injury.

Hope this helps you to skill up and increase the tank, hit us with any questions or comments.  Have fun!

← Control your swing – A ninja guide to facing the right way
→ Ninjas In Training : Jeff!
Register or Login