On: May 26Author: AdamCategories: Adam Waring Training Journal No Comments 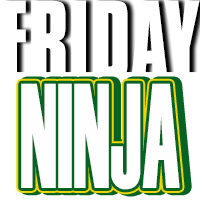 Today I did my grip strength workout at lunchtime.  It’s still obviously hard work (ain’t gonna change in a week) and both my forearms and triceps were pretty tight afterwards.

After work I went to the Competitive Ninja Warrior class at Skyhook Ninja Fitness.  It’s good, we’re starting to build up a fairly solid and consistent crew. The warmup was running through a small course utilising the quad steps, several parkour vaults and a safety mat for somersaults or flips, etc.  Quite a few people who take this class have a gymnastics background, so they were doin’ all the good skills.

Next phase of the class was an upper body course with some cannon ball grips.  It was good, for the first time in a long time I felt strong on these grips. My ability to hang from one arm to maneuver with my other is slowly coming around… slowly but surely.

We played a game afterwards called ‘Add on’ where we went through the class and each person added a new move to the course. If you fell off you could keep going but had to do burpee pullups. We’ve played this game a few times in this class, but this was the first time I didn’t fall at all. The last move was the Warped Wall which I flew up… mainly because I was exhausted and didn’t want to do burpees… but hey, whatever gets you up.

Afterwards everyone broke away to work on their own things.  It’s super inspiring to see dudes like Coach Vu just work and work and work on a skill.  I attempted the Lache to UFO catch, but still not quite there.  My hands and forearms were super rough after class, but they weren’t in crazy pain like previous classes.  An improvement all round.

Goal for this week: