With the massive excitement of Australian Ninja Warrior Season 1 all set to premiere in just 11 short days, it’s super easy to forget that the process for 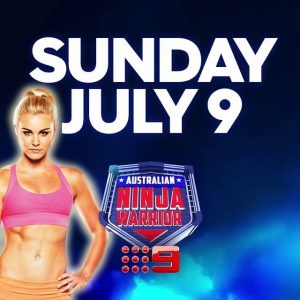 It seems pretty clear that Channel 9 will advertise auditions while the show is airing so they absolutely smash the number of audition videos that applied last year (I thought it was 3000, but I keep seeing Ninjas mention 6000, so now I’m not sure).  Either way, I expect them to far exceed application numbers for Australian Ninja Warrior 2018.

The dates for last year were:

Given that today is the 27th of June, and the show won’t be on for another 2 weeks… we’re really curious to see if they’ll maintain the same schedule as last year but with a shorter application time. Surely that has to be the only place where the timeline can slip… they wouldn’t want to film any closer to Christmas, and I’m sure they wouldn’t want to film in January.

The other thing I wonder is maybe they’ll scrap the trials. American Ninja Warrior doesn’t do trials… but they invite a portion of previous competitors back each season, so they’d know they’d have some athletes get far enough through the competition. Maybe Australia will do the same, I’m really super curious to see how it all plays out.

Keep up to date on all things ninja

You’re more than welcome to keep checking out the website or the Facey page, but if you want all the important information e-mailed to you, feel free to join our newsletter.

Obviously, we’re super keen to find out what we can on the Australian Ninja Warrior Season 2 Audition Dates, so if you hear anything let us know.

If you have any questions about the show, please Contact Us.

If you want to keep up to date with the latest information, please sign up for the Ninja Newsletter.