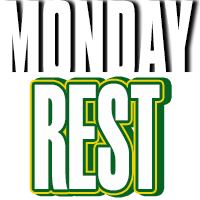 Even after the tendonitis eccentric exercises late last night, my elbows are still really sore and tendonitis-y today. Not cool. I honestly didn’t feel like Friday night was that big of a deal, definitely didn’t feel that way at the time and I really don’t think I’m usually still sore on a Monday.

At lunchtime I did the full set of tendonitis eccentric exercises, and my right arm felt good afterwards, but my left was kinda sore. Throughout the day though, both forearms/elbows just felt really exhausted… like I had just moved house or something. Super weird. Not entirely sure what’s going on there.

I’ve normally tried to do these exercises twice a day, but wasn’t sure if they could even handle a second sesh…. BUT YOU JUST HAD 2 DAYS OFF ARMS!!! sheesh!

For the past 13 weeks I’ve had acupuncture for my tendonitis on Mondays… but not this week. My acupuncturist is away so it’ll be interesting to see how that plays out.

Went to the premiere of American Ninja Warrior at Skyhook Ninja Fitness and it was incredible. They set up a big TV and basically set up the same course as the show. It was epic. Before the show and during commercial breaks competitors would run the course to see how they’d go.  There was a rolling log which honestly took out most of the crew.  I think only two people made it and they had had a couple of attempts before hand.

It was super super fun, but yeah, my tendonitis flared up in both arms as soon as I tried anything… which comes back to that ‘needing 3 days to recover’ situation – the only reason why I don’t do the Wednesday AND Friday Competitive Ninja Warrior class.  Otherwise I’d so be there.

As soon as I got home I did a bit of work with the 4arm strong device to take the fire out of my forearms.  It totally works.  I haven’t found anything that resolves the ache, but at least the sharp fire pain goes away.

Tuesdays are usually my big upper body day, but not sure how I’m going to go now…

Goal for this week:

← Sunday – San Diego 2nd rest day
→ Tuesday – All the pains. All of them.
Register or Login